VIDEO: Short Term Garage, Before and After

It feels like the old Short Term Parking Garage has disappeared almost overnight! Soon, you’ll see the beginnings of a NEW Terminal Garage that will be built to replace it. Bigger, better, modern — and opening next year. 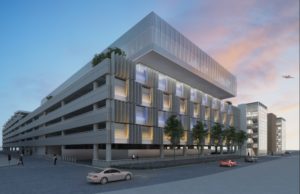 This project will include a six-level parking garage near the terminal, a new office building and pedestrian plaza.

When will it be finished?

Completion of the parking garage is anticipated in Early 2020, and the office building and pedestrian plaza are scheduled for completion in Fall 2020.

As infrastructure critical to the region’s growth and prosperity, BNA is a vital asset for Middle Tennessee and serves as a gateway to Music City and beyond. According to a recent State of Tennessee study, in 2019 alone, BNA generated more than $9.9 billion total economic impact.  BNA supported more than 76,000 jobs in the region and produced more than $443 million in state, local and federal taxes. BNA receives no local tax dollars.

®, COMMANDER BERRY FIELD®, JOHN C. TUNE AIRPORT®, and JWN®, among others, are the registered trademarks and trademarks of The Metropolitan Nashville Airport Authority (“MNAA”). Use of these trademarks without permission from MNAA is strictly prohibited.